Active reading is when you engage with the text. Instead of simply reading the words on a page, you’re actively thinking about them. Drawing connections between authors and adding your own thoughts. Last semester this was done repeatedly and this semester, thanks to that, the writings of Gee, Delpit, and Brandt were easily discovered again. The varying colors on the page of the different times and thoughts that were added can clearly be seen.

Yet, this semester, I don’t believe we did as many readings. One of the new readings we were introduced to were the stories from Raising Cairn. We read over the work of our peers. You could also point to our peering editing as a form of active reading. Some of my brief summaries on that were:

The Year I Started to Hate Writing
Hannah Clark

Freshmen year. English teacher was a good teacher but not at teaching students… Pretty contradicting. It’s a bit confusing. Extreme amounts of homework. She stayed after for extra help. The fish bowl. Given up on the fact that she needed help from feitas and realized that she was on her own… realized if she was struggling she would need to get help. This is very unclear. At first she was open to the idea of writing but in the end she began to hate it due to her awful teacher. There should be a limit to how much work can be assigned in one night, it gets a bit unreasonable. Though it’s another thing if the teacher can talk through all the concepts in class.

Help
Isolated
Struggling
On her own

Liked writing and reading until highschool. Teacher ruined it. Put effort into a paper and got a 70. Devastated. Never enough. Then goes on to connect it to the big picture of how everyone has had that teacher that takes the fun out of a subject and ruins it for a student… (Can’t think of one, personally.)

Works lightly with the idea that constructive criticism is a necessity. Duh. Peer review is the start of her reform. Interesting ideas, would’ve loved to see them more developed.

The Giving Tree and Me
Abby

Loved being read to/reading bedtime stories. Usually picks. Lets her father pick it instead for once. The giving tree. Sounds familiar. Also score, she went onto harry potter. Another booknerd. How lovely<3 This demonstrated how a positive influence early on helped to view reading as a pleasure. Something that she would stick with for the coming years.

Put aside dislike.
Exception to the norm.

Reread it until you know it. Almost line for line. Then try to forget it. So much so that you can go back another time and feel like it’s the first. A dream I wish I could live.

Elementary school. Mrs. Pearl… plot twist. It’s about a lady not the book. Pushed her to work harder and reach farther. How nice. Hard work pays off, years later and she’s still using her essay as an example for the incoming classes. This is a showcase of what happens when teachers push students the right what.

There were other cases where we would make notes on pages or write responses to questions that you had posted. And one of the new readings that you introduced was Alexander’s.

With her work, I ended up focusing mostly on her ideas behind master and little narratives. Those concepts were intriguing to me and were a large part of my interest in the pieces from Rising Cairn. Parts where she analyzed the similarities in stories also received attention.

One of my struggles with Active reading is to actually make marks on the page. Most of the time I’m content with thinking thoughts or highlighting passages because I believe that I won’t need to write things down and simply seeing what I’ve marked with trigger my memory. This isn’t always the case and often later on leads to a struggle to understand where I was heading. When I write thoughts down, I am then able to build on my understanding and move forward. This was a significant issue when it came to Alexander’s piece. Since it never asked to print it out and bring it to class, I failed to print a copy for my own use. This left me with only a pdf version and a generic summary of my thoughts.

Last semester I would have considered myself close to a master of active reading. Yet with my poor performance this semester, I would downgrade myself. My writings were more of a novice than anything and failed to go beyond anything more than generic if it wasn’t printed out. 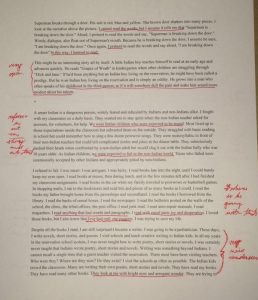 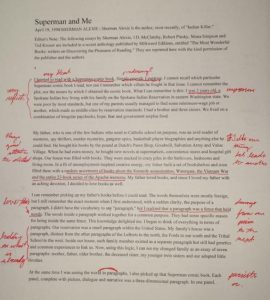 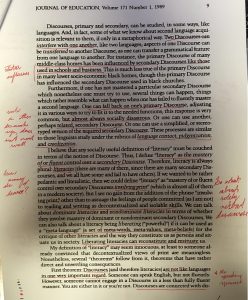 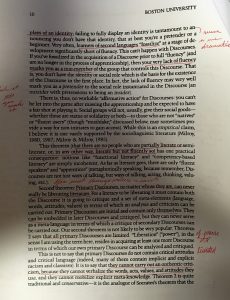 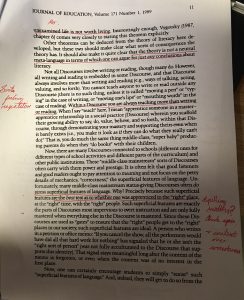 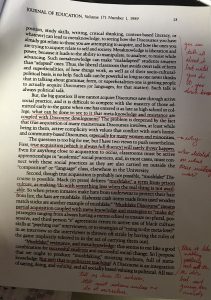 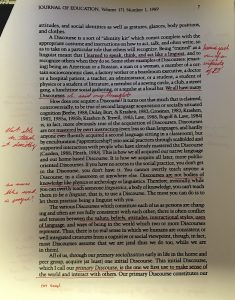 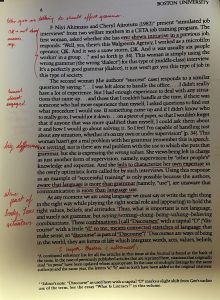 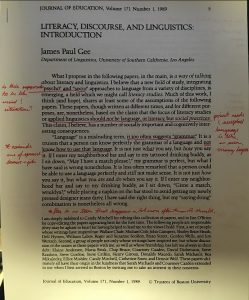